It’s true, what I’ve been telling you here over the past two days:  Insomnia is hard.  And it’s dark.

But also, it’s beautiful… and to stay silent about that would be the worst kind of ingratitude.

I know…  I know.  It sounds crazy to say that there could be something magical about night terrors and hypnopompic hallucinations.  Long lonely hours awake in the dark.  But the truth is, some of my most interesting creative ideas surfaced out of the watery margin between the conscious and the subconscious, when I was lying suspended in insomnia’s strange ether of almost-sleep.

I love how surrealist photographer Jenna Martin describes to thephoblographer.com the way insomnia blurs the line between sleeping and waking, and the way it informs her work:

“I’m a complete insomniac; it’s something I’ve struggled with my entire life.  I go days at a time without sleeping … And when that happens, reality becomes a bit warped.  You know you’re there but you aren’t really present… When it gets really bad, the line begins to blur and I have a hard time figuring out whether I’m sleeping or awake … or if I’m dreaming while I’m awake.  It’s very hard to explain … These aren’t pictures of my dreams when I’m sleeping, but instead pictures of how I view reality when everything starts blending together.”

(Sidenote:  if you’re interested in Jenna’s insomnia-inspired photography, you can check out her blog here.)

It was during a particularly terrible bout with sleeplessness that I began experimenting with camera movement to capture that blurred sense of reality Jenna describes.

I discovered the trick almost by accident — during a photo walk, my hands shook so badly that the images dragged, no matter how I tried to hold the camera steady.  I decided to intentionally embrace the camera movement, since it seemed like an honest expression of how I felt at the time, and some of my favorite photographs were the result: 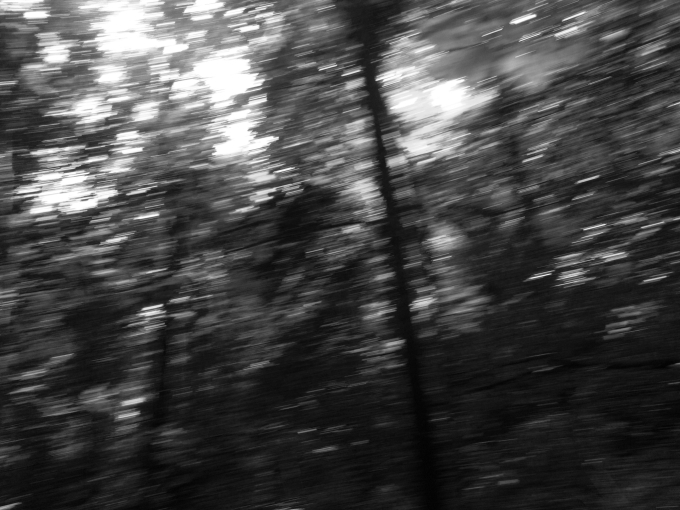 I’m not sure what to make of all this, except to say that sometimes, our dark fearful places are really just invitations into creativity and innovation.

And whether you’re sleepless or dreaming peacefully tonight, I hope you’ll imagine your way into a little creative magic of your own. ❤